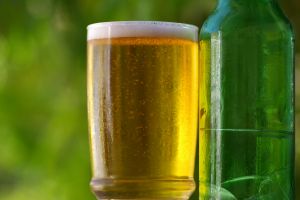 If there is one crime that affects the broadest range of people, it is without a doubt a first offense DUI.  If you have been charged with a first offense do not panic!  It is actually one of the most common crimes in Maryland, and people from all backgrounds and professions have been arrested and even convicted, and then moved on with their lives.  Perhaps the most terrifying part of a first offense charge is that all persons suspected of drunk driving or driving while intoxicated will be arrested.  Even if you are with another person who is sober, the police officer will not simply write you a first citation and let you go on your way, with the sober driver at the wheel.  It simply does not work that way in Maryland, and in most states in the country.  Over the last decade or so, anti drunk driving organizations such as MADD have lobbied state and federal governments for stricter DUI laws, and part of making these laws stricter is instructing police to arrest any drunk driving suspect they encounter.  The NTSB has even launched a national campaign with the slogan saying that “you will be pulled over, and you will be arrested”.  The first offense DUI lawyers know that this crime can affect your freedom and your reputation, and we are ready to fight for both.

After a driver has been arrested and processed he or she will typically be released without a bail, but in some cases a bail will be set.  In  cases the worst is over upon being released from jail, and attention can now be focused on fighting the the case.  Benjamin Herbst is available for a free consultation 24 hours a day to discuss your criminal case, and the possible defenses that we can use to fight the state prosecutors.  Keep in mind that a the maximum sentence for a first DUI is up to one year in jail, which is much higher than surrounding areas such as Washington D.C. and Virginia.  A defendant convicted of a first offense will rarely serve the maximum jail sentence, but depending on the exact facts surrounding the arrest a defendant could be sentenced to significant jail time.  A first offense DWI carries a lower 60 day maximum jail sentence, which again is rarely used by a judge in a first offense case.  The Herbst Firm fight to keep our clients out of jail at all costs, even if that means filing motions to suppress or taking the case to a jury trial.

A defendant charged will typically have a variety of options presented to them by their criminal lawyer for defending the case.  If the traffic stop or the breathalyzer test appears to be invalid there many be certain motions that a lawyer can file prior to trial.  There will generally be multiple plea options as well, and depending on the defendant’s driving record, he or she may be eligible for probation before judgment.  Successful completion of probation before judgment will allow the defendant to have his or her charge expunged in 3 years.  A conviction may also impact a defendant’s driving privileges, which can include up to 12 points, and license suspensions.  Do not gamble with your freedom or your driving privileges by walking into court without a lawyer.  We have the experience and dedication to fight for the best possible result in your case.