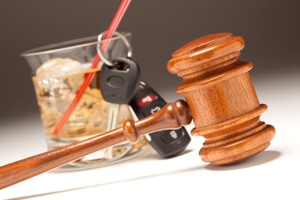 Driving under the influence or DUI is one of the most common crimes in Maryland.  If you have been driving for more than a few years, chances are that you have seen somebody being arrested for DUI or undergoing a roadside sobriety test.  And almost everyone knows at least one person who has been charged or convicted for DUI whether it be friends, family members, somebody from a professional relationship.   Each year thousands of everyday citizens including students, doctors, athletes, cops, and even lawyers may find themselves spending a night in jail courtesy of Maryland DUI laws. Massive amounts of cash from anti DUI lobby groups such as MADD and the NHTSA are spent each year to assure that police departments continue to crack down on drinking and driving.  Anti DUI commercials are now appearing frequently in prime time television and on the radio to get the message out.  The bottom line is that a police officer wants nothing more than to make a DUI arrest, and arrest numbers will continue to rise as long as DUI is a priority in law enforcement.

The DUI lobby groups have made great headway in securing harsher DUI laws from the legislature, and the number of DUI arrests in Maryland has been on a steady incline over the past decade. The state's DUI laws and the consequences of a DUI arrest can be complicated, and going through a DUI case can be stressful and even overwhelming.  But the criminal defense lawyers at The Herbst Firm will stand by your side throughout the entire legal process, and will keep you informed and involved.  If you have been arrested for DUI it is imperative to retain a competent and knowledgeable criminal defense lawyer. Our Maryland DUI lawyers have the experience and dedication to fight police, prosecutors, and even the MVA if necessary.

An experienced DUI lawyer can analyze each and every detail of your DUI arrest in search for defects such as an unlawful traffic stop or illegitimate breath alcohol test. In Maryland, a police officer can only preform a lawful traffic stop if he or she has probable cause to believe that a crime is being committed or has been committed. Once a traffic stop is executed, a police officer may only perform a DUI investigation if he or she has reasonable suspicion that the driver may be impaired.  If you have been pulled over by a police officer and have had anything to drink it is important to stay calm and stay quiet.  Cooperate with the stopping officer, but do not say more than is necessary.

Submitting to any kind of DUI test or exercise is entirely voluntary.  If you feel that you would not perform well on a breath test or on roadside exercises then say no.  There are very limited circumstances when a driver may be required by law to submit to a blood breath alcohol test such as when there is an accident involving death or life threatening injury. Otherwise it is a Maryland driver’s right to refuse to take a breath alcohol test as well as to refuse to roadside sobriety exercises. There are strict rules governing the administration of breath alcohol tests in Maryland including requiring a qualified technician to administer the test and prohibiting the arresting officer from administer a breath test at the police station.

Most first time DUI convictions do not result in jail sentences, but the penalties can still have severe impacts on a defendant’s ability to legally drive a car or truck. DUI convictions result in a minimum 6 months driver license suspension, which can have serious effects on a defendant’s livelihood. There are ways to avoid or mitigate suspension of driving privileges that an experienced Baltimore DUI lawyer can negotiate, and it is important to hire a lawyer immediately to avoid unnecessary suspensions or revocations.

For more information about DUI in Maryland click on the FAQ page or contact Baltimore criminal defense lawyer Benjamin Herbst at 410-207-2598.

Practice Areas
Criminal Defense Lawyer Blog - DWI and DUI
Client Reviews
★★★★★
"I am writing this letter to thank you for doing such a great job in my case. If it were not for what you did I would still be in jail right now. My family and I are very grateful I have a second chance at life now, and if it wouldn't be like this if you were not so good at what you do. Thank you again Benjamin!" T.S.
★★★★★
"I want to commend you on the excellent representation that you provided on my son's case case. I truly appreciate everything you have done. You are a dedicated, very professional, and caring individual. We both wish you the utmost success in your legal career and future endeavors." Raquel and Joseph M.
★★★★★
"Thank you for all the time and effort that you put into defending my case. You were willing to fight for me when nobody else would believe my story, and you did not back down from the prosecutor. Another lawyer would have urged me to plead guilty, but you were willing to fight for me, and in the end justice was served. I appreciate everything you did and wish you all the best." Fred D.
View More
Submit a Law Firm Client Review