Boating Under the Influence 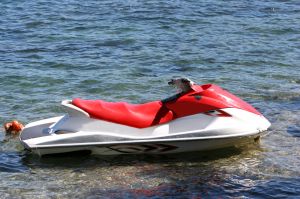 If there ever were such thing as a seasonal crime, boating under the influence would qualify.  Maryland has hundreds of miles of navigable waters including numerous rivers and lakes, the intercoastal waterways of Ocean City, and of course the Chesapeake Bay.  The large majority of boaters in the state are only on the water from about May until September, but these are the months where law enforcement are out in full force, patrolling for boaters or jet skiers who are under the influence of alcohol or drugs.  There are various agencies that patrol the waters for this surprisingly common crime, including the Natural Resources Police, the Maryland State Police, and county and city police departments that have their own marine units.  If you or a loved one has been charged with this crime, or is under investigation for a boating accident involving injury, contact the Benjamin Herbst at The Herbst Firm for a free consultation.  Benjamin has experience dealing with BUI and understands the complex state laws.  The penalties upon conviction are often much harsher than a standard automobile DUI, and can often result in jail time.  Do not gamble with your freedom or with the chances of a criminal conviction, and contact a lawyer immediately.

The legal name for crime of BUI is operating a vessel while under the influence of or impaired by alcohol and or drugs.  In some ways, the state laws for this crime are similar to state drunk driving laws, but there are some important differences.  This crime is listed in the State Boat Act but adopts similar language to the transportation statute.  The legal limit for operating a boat is the same .08 as it is for driving, operating a boat on Maryland waters implies to consent to take a breath alcohol test.  On the other hand, the law does not allow police to compel an operator to take a breathalyzer test unless that person was driving at the time the boat was in an accident involving serious injury or death.  You may not need a license to drive a boat in our state, but if you fail a breath test or refuse to take one, and are convicted of BUI the state may prohibit you from operating a vessel on state waters for up to a year.  The penalty for a conviction of operating a vessel while under the influence of alcohol is a maximum 1-year in jail for a first offense, 2 years in jail for a second offense, and 3 years for a third.  The penalty for first time operating while impaired is a maximum 2 months, and a maximum 1-year for any subsequent conviction.

There are many issues that make boating crimes unique from typical crimes committed on the road.  The laws about stops, detentions, and investigations are not exactly the same for boats and automobiles.  In addition the expectation of privacy may be different in some cases while out on the water, and thus police may have more authority to conduct a warrantless search.  Each case is unique, and at The Herbst Firm we are committed to working through every detail of your case to find the best possible defense.  Contact the firm at any time for a case evaluation.
Contact Us