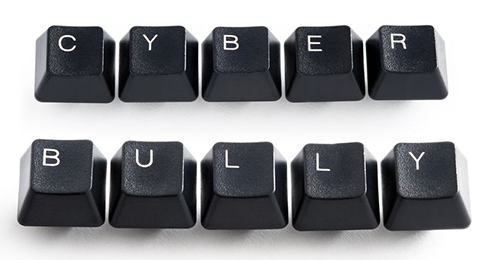 The Maryland state legislature passed one of the nations most aggressive anti bullying laws in the spring of 2013.  And now that the Misuse of Computer Interactive Service law is in effect, lawmakers and other state elected officials see themselves as pioneers, and are proud of their accomplishment.  The statue, also called Grace’s law is the first national bullying law to criminalize certain social media postings.  But there are flaws with the language and functionality of the statute, and these flaws may prove to be fatal down the line.  Nobody is arguing with the law’s intent.  Bullying is bad and no parent wants his or her kid to be victim or perpetrator.  On the other hand is this law really the best way curb bullying?  And what price are we willing to pay, how much freedom of speech are we willing to give up in order to have laws like this whose positive effects will almost always be hypothetical?  The Firm has a criminal law blog to discuss these very issues, and as soon as the first cyberbullying case becomes newsworthy we will surely post an article.  For now though this page will offer an overview of Grace’s law, and as always if you would like a free consultation about your case or about a possible future criminal charge being filed, you can contact us anytime at 410-207-2598.

The interactive service (social media) bill was in part motivated by the suicide of a 15-year old Howard County girl, who took her own life after being the target of numerous long standing insults and threats on Facebook.  The statute specifically prohibits a person from using social media to maliciously engage in a course of conduct that inflicts serious emotional distress on a minor or places a minor in reasonable fear of death or serious bodily injury.  There must be intent on behalf of anyone charged to actually cause the distress or place the minor in reasonable fear of physical harm.  This crime is classified as a misdemeanor, and any conviction may result in up to one year in jail and a $500 fine.  Many people and groups, including the ACLU, have concerns that the statute is too broad and general, and therefore unconstitutional.  It is not required that the defendant actually knows that the victim is suffering distress or is in fear, and there is no way to exactly define “serious emotional distress”.  And keep in mind that many of the potential violators of this new law could be minors just like the victims.  As the statute now stands, there is simply too much potential for a defendant to be wrongly charged with a crime that could never be proven in court.  The state is prohibited from prosecuting a criminal case if there is no reasonable likelihood of a conviction.  But police, parents, and school officials are under no such restraints.  The Herbst Firm understands the complexities of this law, and we will fight to restore yours or your child’s name if he or she is facing a cyberbullying case.  Do not wait until formal charges are filed, or an arrest is made.  We can start working on the case immediately, and fight to prevent an arrest or charge from happening in the first place.
Contact Us