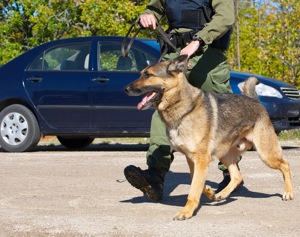 Benjamin Herbst knows how to successfully defend a drug case.  He’s done it hundreds of times in the past, and is ready to take on the police and the state’s attorney in your case.  It is simply too risky to walk into the courthouse without a lawyer whose number one goal is to achieve the absolute best possible outcome for his or her clients.  Benjamin will not settle for an unsatisfactory plea deal just to resolve the case and be done with it, and he will always be prepared for trial if need be.  All criminal defendants deserve effort and honesty from their lawyer, not to mention the willingness to fight.  The Herbst Firm provides that type of representation in all its client’s cases.  If you or a loved one has been charged with any type of drug crime in Maryland state or federal court contact us anytime for a free consultation.

The most common type of drug crime in the state court system is by far simple possession.  And marijuana is the most common substance that leads to these arrests.  The firm’s blog page recently posted an article about the incredibly high number of possession of marijuana arrests in Maryland, and alarmingly our state ranks third per capita in the nation.  To top it off, Baltimore ranks fifth amongst large cities in pot arrests and Worcester County ranks first out of all counties in America with a population over 30,000.   The state legislature has passed more relaxed marijuana laws in each of the past few years, but our state and local cops have clearly not altered their policy on the drug to be in line with the legislature.  While we cannot do anything to stop the arrests from happening, we can prevent jail time, probation, and a damaging conviction from occurring as a result of a possession arrest.

Possession with intent to deliver or PWID is another common drug crime in Maryland.  Unfortunately these cases are often over charged by police who simply want to make a felony arrest.  Grand juries and state’s attorneys are also notorious for overcharging this offense when a simple possession charge is much more appropriate.  This is true for all types of drugs, including marijuana, pills, and heroin.  Police and the state have a very limited view of what constitutes personal use, and when in doubt they always charge up instead of down.  But just because you’ve been charged with a felony PWID case does not mean you have to face felony charges in court.  We have successfully defended dozens of these cases by convincing the state to dismiss felony counts, by filing motions to suppress, and by earning acquittals at trial.

Benjamin Herbst also has defended numerous possession of paraphernalia cases that may not carry a jail sentence, but can still leave a damaging mark on a person’s criminal background.  Other drug offenses that Benjamin handles include trafficking, sale and attempted sale, and large amount/ kingpin violations.  Chances are that whatever drug offense you or a loved one has been charged with, Benjamin has handled that same type of charge in the past.  As a result he is more than prepared to fight for your rights the minute he is hired.  Call today at 410-207-2598 for a free case evaluation.

Practice Areas
Criminal Defense Lawyer Blog - Drug Arrests
Client Reviews
★★★★★
"I am writing this letter to thank you for doing such a great job in my case. If it were not for what you did I would still be in jail right now. My family and I are very grateful I have a second chance at life now, and if it wouldn't be like this if you were not so good at what you do. Thank you again Benjamin!" T.S.
★★★★★
"I want to commend you on the excellent representation that you provided on my son's case case. I truly appreciate everything you have done. You are a dedicated, very professional, and caring individual. We both wish you the utmost success in your legal career and future endeavors." Raquel and Joseph M.
★★★★★
"Thank you for all the time and effort that you put into defending my case. You were willing to fight for me when nobody else would believe my story, and you did not back down from the prosecutor. Another lawyer would have urged me to plead guilty, but you were willing to fight for me, and in the end justice was served. I appreciate everything you did and wish you all the best." Fred D.
View More
Submit a Law Firm Client Review