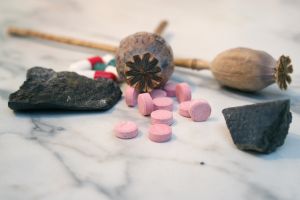 Drug possession is one of the most common crimes in Maryland, and despite a recent trend in the state to reduce the punishments, cops are still arresting people by the thousands.  There are dozens of substances that the laws classify as dangerous controlled substances and without proper representation possession of any of these substances could result in jail time, probation, and a criminal conviction. The drugs are broken down in to a variety of schedules, and most are classified by their chemical name. An arrest report for the crime of possession of a controlled dangerous substance may reflect the drug’s chemical name, trade name, official name, or common name. In most cases a police officer will simply charge an arrestee with the common or usual name of the substance.  Police officers make thousands of drug arrests each year, and the numbers continue to rise. A conviction can have serious consequences for a person’s future including getting turned down for job offers, losing scholarships, not being able to sign an apartment lease, and being denied for a bank loan. Do not try to fight the state without an experienced drug possession lawyer. The stakes are too high, and often arrests are the result of illegal searches and seizures that can be suppressed or dismissed. The Herbst Firm's criminal lawyers have handled hundreds of these casess, and have prevailed in suppressing drug evidence, dismissing cases, and winning trials. If you or someone you know has been arrested or cited, The Herbst Firm is available 24 hours a day for a free consultation.

Under state law drugs are categorized by the type of chemical effect the drug has on humans. Hallucinogens are one of these types of drugs. Common illegal hallucinogens are psilocybin, also known as mushrooms, mescaline, peyote, and MDMA. MDMA is the abbreviation for the chemical name of ecstasy and in its pure for it is known on the street as molly. State drug enforcement officers and DEA agents have placed a greater emphasis on making arrests for possession of ecstasy over the past decade and ecstasy arrests are on the rise. Simple possession of hallucinogens such as ecstasy or MDMA is a misdemeanor punishable by up to 1 years in jail, and a hefty fine. Marijuana is also classified as a hallucinogen, but the maximum sentence for possession of marijuana over 2.5 grams is 6 months in jail. Due to ongoing state and national lobbying, Maryland has separate and unique marijuana laws that have less severe penalties than other illegal drugs.  There are currently less than 30 substances that are classified as illegal hallucinogens, but the law does allow for new hallucinogens to be made illegal if there is a high potential for abuse, there is no accepted medical use, and the substance is unsafe.  A drug lawyer in Maryland can give you specific advice any illegal drug charge including the maximum punishments, and available defenses.

In addition to rising arrest levels for ecstasy, arrest for opiates such as prescription oxycodone have skyrocketed over the past 10 years. Oxycodone and hydrocodone are the chemical names for the opiates found in common prescription drugs such as Percocet, Oxycontin, and Vicodin. Percocet and Vicodin are combination drugs that contain a small amount of controlled substance along with a larger amount of an over the counter analgesic such as aspirin or acetaminophen. Oxycontin typically comes in the form an extended release pill of pure oxycodone. Illegal possession of this drug also carries a maximum penalty of 1 year. Arrests for illegal possession typically occur if someone is caught carrying the drug without a prescription.  Police officers have also focused a great deal of effort on cracking down on obtaining oxycodone with fraudulent a prescription, and doctor shopping. If you or someone you know has been arrested for any of these offenses contact criminal lawyer at The Herbst Firm to discuss your case.

Cocaine possession is still one of the most common illegal drugs, and police make thousands of cocaine arrests per year. The penalty is the same for crack cocaine and powder cocaine. Due to the small packaging and dosage of cocaine and crack cocaine and the fact that cocaine is virtually odorless to humans there are a variety of defenses that a criminal defense lawyer can incorporate in possession of cocaine case. Police often locate small amounts of cocaine in a defendant’s vehicle or on the person of a defendant. If a police officer did not have probable cause to search the defendant or the defendant’s car there may be a motion to suppress evidence. The Maryland drug possession lawyers at The Herbst Firm will thoroughly examine your cocaine case and file any appropriate motions to dismiss the charges against you or a loved one. Do not try to fight your charges without an experienced criminal lawyer.