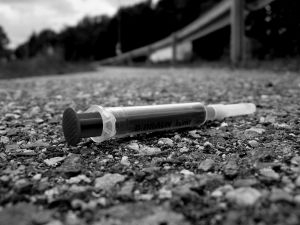 Heroin is one of the most widely publicized and notorious drugs in existence.  The worldwide heroin industry involves billions of dollars exchanging hands, and heroin trafficking has truly become a global operation.  Heroin has also made a permanent cultural impression on art, music, and even literature in the United States and Europe.  Hundreds of world famous writers, artists, and singers have been influenced by heroin, and many have publicly admitted to using the drug.  But heroin is also one of the most dangerous drugs in existence, and is responsible for thousands of deaths each year.  The exact number of heroin users in Maryland is unknown, but it has been estimated by the DEA that over 1 percent of high school age students have used the drug, and worldwide over 20 million people use heroin.  Heroin use has actually been on the rise in Maryland over the last few years, and much of this increase in heroin use can be attributed to the drug’s new presence in Maryland suburbs.  In Dorchester County for example, heroin use is up nearly 400 percent and in Baltimore suburban areas such as Harford County, heroin use has risen over 100 percent.  Frederick County, Wicomico County, and Queen Anne’s County have also reported over 100 percent increases in heroin use.

Distribution of any controlled substance in Maryland is a serious felony criminal charge, but distribution of heroin cases are often met with even tougher resistance from judges and prosecutors.  Again the stigma of heroin comes into play, and even a first time offender may be facing significant jail time for distribution or sale of heroin.  The maximum penalty in Maryland for distribution, manufacture, or sale of heroin is 20 years in prison and $25,000 fine for a first time offender, and these maximum penalties rise with each subsequent offense.  The Maryland heroin lawyers at The Herbst Firm have represented actual heroin cases and understand the challenges that these types of criminal charges present.  If you or someone you know has been arrested or is being investigated for possession of heroin in Maryland or heroin distribution in Maryland, contact The Herbst Firm for a free consultation.
Contact Us

Practice Areas
Criminal Defense Lawyer Blog - Heroin
Client Reviews
★★★★★
"I am writing this letter to thank you for doing such a great job in my case. If it were not for what you did I would still be in jail right now. My family and I are very grateful I have a second chance at life now, and if it wouldn't be like this if you were not so good at what you do. Thank you again Benjamin!" T.S.
★★★★★
"I want to commend you on the excellent representation that you provided on my son's case case. I truly appreciate everything you have done. You are a dedicated, very professional, and caring individual. We both wish you the utmost success in your legal career and future endeavors." Raquel and Joseph M.
★★★★★
"Thank you for all the time and effort that you put into defending my case. You were willing to fight for me when nobody else would believe my story, and you did not back down from the prosecutor. Another lawyer would have urged me to plead guilty, but you were willing to fight for me, and in the end justice was served. I appreciate everything you did and wish you all the best." Fred D.
View More
Submit a Law Firm Client Review