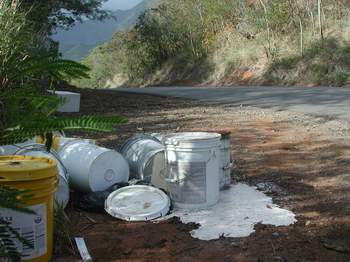 Littering is illegal and almost everyone is aware of that.  The signs are all over Maryland highways, with the maximum fine posted in highly visible numbers.  But few people actually realize that many of the litter control laws are actually criminal, and convictions can result in heavy fines and even jail time.  The state is constantly modifying its litter laws, but it remains that illegal dumping can actually carry a five-year prison sentence.  The specific maximum penalty typically depends on the amount of waste that the defendant is accused of dumping, but in reality it could be as little as an empty cup of coffee.  If you or a loved one has been cited, charged, or even arrested for illegal dumping it is extremely important to hire an attorney who has handled this type of case.  Benjamin Herbst has defended clients facing a variety of litter violations, and understands the details of the laws.  He also knows that most defendants in these types of cases have little or no criminal record, and keeping his client’s records clean is of the greatest importance.  Contact Benjamin at The Herbst Firm for a free consultation about your case, and start protecting your rights and your future.

The Maryland litter control law contains all the violations that have to do with illegal dumping and discarding of trash.  The least serious of theses violations is littering less than 100 pounds and to the surprise of many is a misdemeanor criminal offense, which carries a 30-day jail sentence.  So it’s not just the $1,500 fine that you see on the highway signs, and it is definitely not just a simple traffic ticket.  Also keep in mind that there is no minimum amount of discarded trash that could be the subject of one of these charges.  When we mentioned a coffee cup in the first paragraph it was not an exaggeration.  It’s similar to the theft under $100 statute, where stealing as little as a 5-cent piece of candy can result in a criminal charge.  There are a few provisions of this particular law that are important to be aware of.  If the police cannot determine who threw the trash out of the car, boat, airplane, or other vehicle then there is a presumption that the owner was responsible.  If the owner is not present then the driver or operator is presumed to have been the one who littered.

There are other variations of this offense that take into account the amount of trash involved and whether it was done for commercial gain.  Illegal dumping of more than 100 pounds of trash but less than 500 pounds is a misdemeanor with a maximum jail sentence of 1 year and the fine can jump as high as $12,500.  Commercial littering more than 500 pounds is the most serious violation in the litter control law, and carries a maximum 5-year jail sentence with a fine that tops out at $30,000.  In addition to the fines and the possible jail sentences a defendant convicted of any of these offenses can be forced to pay for all damages directly or indirectly caused by the illegal dumping, and for the cost to remove the trash and clean up the property.  This is not an offense that the court system takes lightly.  State’s attorneys and judges in almost every jurisdiction in Maryland look at these cases as major violations, and many take the cases personally.  This can create an extremely tough situation for the defendants, making it that much more important to have a skilled lawyer by your side.