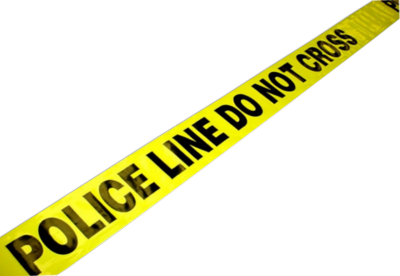 Manslaughter is one of the most complex crimes in the state criminal code.  Generally speaking it is broken down in two different types, voluntary and involuntary.  This page will just focus on voluntary manslaughter, which is a felony in Maryland punishable by up to ten years in prison.  The majority of these cases appear after a person is originally arrested and charged with murder, but for a legal reason the state either is convinced to change the charge, or if a defendant is convicted of a lesser included offense at trial.  There are cases where a defendant may be arrested and charged by the police with voluntary manslaughter, but these cases are rare.  Either way, this is an extremely serious crime involving a deceased victim, and emotions will be high coming form the government and from the alleged victim’s family.  For this reason it is essential to retain an experienced and skilled defense lawyer the moment an investigation begins.

In order to prove a case of voluntary manslaughter the state must prove a variety of elements.  If any of these elements is not proven beyond a reasonable doubt, the government’s case will not be legally sufficient for a conviction.  First the state must prove an intentional killing that was carried out by the defendant.  Then the prosecution must prove the act was committed in the sudden heat of passion that was caused by some sort of provocation.  The provocation could include a variety of events such as mutual combat, meaning that the victim and defendant were fighting and the victim was killed.  Provocation could also include threatening conduct and words, a battery, or even spousal adultery.  If any of these events occurred and the defendant did not have time to cool off, then under state law the defendant must not be prosecuted for murder.  Of course, in reality it is much tougher to convince the state not to file murder charges and many times cases with these facts go to a jury.

Just as in any other violent crime case, there are a variety of defenses available to beat a manslaughter charge.  Self-defense is often the strongest, and if the defendant introduces this evidence, it is then up to the government to prove beyond a reasonable doubt that the defendant did not act in self-defense.  In order for self-defense to be an absolute defense to murder or manslaughter, the evidence must show that the defendant acted reasonably.  The Herbst Firm will explore each and every possible defense in your case, and we will not rule out any way to have the charges dismissed or secure a not guilty verdict.  Sometimes the best defense is also the one that requires the most work and the greatest amount of fighting, but we will never back down from the government.  Our main goals are to preserve our client’s liberty and to make sure they don’t suffer the future consequences of a felony conviction.  If you or a loved one has been charged, or is being investigated for voluntary manslaughter The Herbst Firm is available 24 hours a day to provide a free consultation.