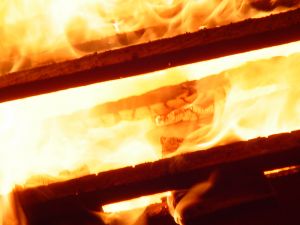 The state arson and burning laws are listed together and classified as crimes against property.  If you or someone you know has been charged with this offense do not be fooled into thinking that this is not a serious charge just because it is a crime against property.  In the first degree, arson is one of the most serious crimes on the books.  Many police departments in the state, such as the Baltimore police department, have their own special investigations units that are completely devoted to investigating arson and explosives cases.  Other jurisdictions have less than adequate fire inspectors, making the extremely dangerous situation of being wrongly accused a realistic possibility.  In every jurisdiction arson is a crime that both police and prosecutors take seriously, and these types of cases must be handled by an experienced criminal lawyer that has defended this specific charge.  If you or someone you know has been charged or is being investigated for arson or malicious burning, contact the Maryland criminal lawyers at The Herbst Firm for a free consultation.  Arson investigations are often complex and many take weeks before an arrest is made.  If you think you may be under investigation, do not take any chances with your future!  You have right to avoid talking to police investigators, and The Herbst Firm’s lawyers will help you exercise this right

Arson is classified as either first degree arson or second degree.  First degree arson is a felony punishable by up to 30 years in prison, thus making it one of the most serious crimes in Maryland.  It can be charged when a person willfully and maliciously burns or attempts to burn the dwelling of another or a structure, if a person is inside the structure.  For the purposes of the law, maliciously simply means that the act was done with the intent to harm.  Dwelling in the statute is defined as a place of residence, and if a person is accused of burning a dwelling it does not matter if a person is actually home at the time of the act.  First degree also carries a fine of up to $50,000 upon conviction.  Second degree arson is defined under state law as intentionally burning or attempting to burn an unoccupied structure that belongs to another person but is not a dwelling.  It requires that the act be done maliciously, so it may be a legal defense if a fire was set without the intent to harm a person’s property.  Second degree is also a felony, but has a lower maximum jail sentence than first degree.  The maximum penalty for this crime  is 20 years in prison and a $30,000 fine.

The state arson laws of are listed together with other less serious crimes including the threat of arson.  This crime prohibits any verbal or written threats to burn or set fire to a structure or home.  Threat of arson also includes any written or verbal threats to explode a destructive device within a structure.  Despite being a misdemeanor this crime has maximum jail sentence of 10 years.  If you have been charged or are being investigated for any crime against property contact the us at 410-207-2598.  Our lawyers have real experience defending arson cases, and understand the complexity and severity of this charge.  We are prepared to take on the police, fire marshal, and the state's attorney to assure you are protected.  The Herbst Firm is ready to defend your criminal charge immediately and we will fight for your rights and your freedom.
Contact Us