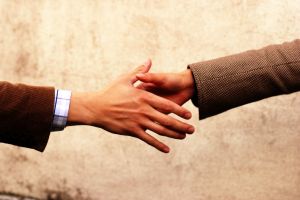 Most people understand that facing federal criminal charges is an entirely different battle than facing state charges.  The prosecutors and the law enforcement officers are usually more thorough and the sentencing guidelines actually mean something when dealing with the feds.  But perhaps the greatest challenge posed in federal court is defeating a conspiracy charge.  These charges are typically used to indict large groups of people participating in a criminal scheme, but in reality all it takes is two individuals reaching an agreement to commit a crime.  Federal conspiracy laws are typically much tougher than state laws, and many states barely even file this type of charge.  Maryland state conspiracy cases are few and far between, as the state’s attorneys often do not bother to prosecute these crimes, or the state law enforcement agencies simply hand them over to the feds.  But for United States Attorneys, conspiracy is nothing short of their bread and butter.

Under federal law, anyone who has even the slightest involvement in the criminal scheme can be prosecuted to the fullest extent as if they were the main actor.  This harsh law goes way beyond just charging the driver of the getaway car for the robbery that his partner committed in the bank.  Under federal law, a person who was not even at the scene of this hypothetical robbery could be charged for nothing more than discussing the plan over the phone days or even weeks before it actually happened.  This charge also has the tendency to be abused by law enforcement officers in an attempt to coerce innocent individuals to cooperate with the government in an investigation.  We have seen cases where the feds threaten an arrest even if a person had nothing to do with the crime.  The bottom line is that the government needs very little evidence to bring conspiracy charges.  The defense lawyers at The Herbst Firm are familiar with these tactics, and we know how to best protect our clients from the feds.  If you or a loved one is being investigated or has been charged with conspiracy in the United States District Courts in Baltimore or Greenbelt contact us immediately for a free consultation.

The possible sentences for conspiracy depend on the actual crime that was alleged to have been planned out.  Drug distribution and drug trafficking are the most common conspiracy cases.  Despite the national trend toward decriminalization, many federal drug cases involve marijuana, and the possible fines and jail sentences for a conviction depend on the amount of the drug.  Trafficking more than 50 kilograms carries a 20-year maximum jail sentence, while trafficking over 100 kilograms can carry minimum mandatory jail sentences of 5 to 10 years and maximum life.  Cocaine and heroin trafficking cases are not as common but still occur more than most other drugs.  Other common federal conspiracy crimes involve money laundering and racketeering.  Over the last few decades the feds have placed an increased effort on prosecuting money laundering, and their investigation techniques have become more sophisticated.  Racketeering charges are typically brought when the feds are attempting to bust up gang and organized crime activity, as these charges can rope multiple individuals within the same investigation and subsequent indictment.  For further information, or for a case evaluation feel free to contact the Firm at anytime, day or night.