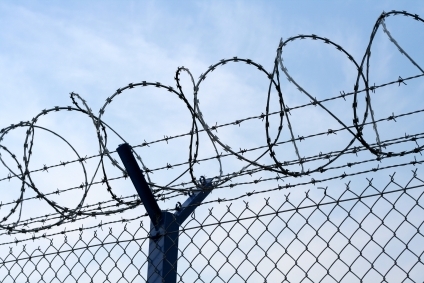 Under Maryland law there are two different degrees for the crime of escape, and they have vastly different consequences upon conviction.  First-degree escape is actually a felony, which carries a maximum 10-year prison sentence, but it only applies if a person is charged with fleeing from a place of confinement such as jail, prison, or juvenile detention center.  This sentence must be served consecutive to the term of confinement being served at the time of the escape.  For example if a person is serving a 5-year prison sentence for an assault and manages to break out of jail, he or she must finish the assault sentence and then will face additional time for the new charge.  But in reality, most escapes are of the second-degree variety, which is a misdemeanor with a maximum sentence of 3 years.

There are a variety of acts that can result in a second-degree escape charge, and we have seen many cases where a defendant that something that he or she had no idea would result in new criminal charges.  First off, a person may not knowingly depart from custody without authorization from police or a judge.  If a cop places a person under arrest and he or she so much as walks away from the officer, this can be seen as a crime.  Perhaps the most common type of second-degree escape case occurs when a person is temporarily released from custody, and then fails to return.  This can occur if a person is sentenced to multiple weekends in jail but fails to report at the assigned place and time.  It can also occur if a person is granted a furlough and does not return to custody.

Home detention is also a common source for an escape charge, and typical occurs when a person is under house arrest pursuant to pretrial supervision, temporary release, or a signed order from a judge.  We have seen a people charged with a crime for leaving their house for a matter of minutes while on home detention and or GPS monitoring.  The state does not care how long the defendant left, and even if he or she goes across the street to buy a gallon of milk charges could be filed.  Escaping from home detention may also result in a violation of probation if the detention is ordered pursuant to a conviction.  Other sources of this charge include tampering with or cutting off an ankle monitor or bracelet that is used to track a person’s location.  If a person intentionally destroys a monitoring device it is irrelevant if the person did not actually leave his or her home.

Probation sentences that include home detention and monitoring are certainly better than jail time, but we understand that they can also be a setup.  Our criminal defense lawyers have extensive experience handling probation violations and new criminal charges from both first and second-degree escape.  We are eager to take on the state’s attorneys and parole and probation officers in order to keep our clients out of jail for these charges.  Contact The Herbst Firm immediately if you or a loved one has been arrested or is being investigated for this offense.
Contact Us