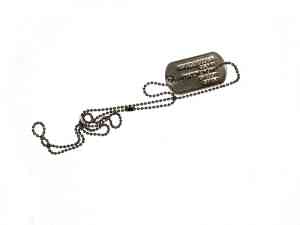 As Identity fraud and identity theft cases in Maryland have become increasingly common, police departments around the state have made an effort to increase their arrest numbers for these crimes. The Maryland legislature has become involved as well, enacting laws that require police departments to promptly prepare and file reports upon notification of a possible identity theft case. There are a variety of different acts that qualify as identity fraud crimes under Maryland law, and the maximum punishments for these crimes vary. An experienced Maryland fraud lawyer can explain these crimes and the possible defenses to these crimes in further detail.

The most common identity fraud crime is obtaining, helping someone else to obtain, or possessing personal identifying information of another without the consent of that person. To prove this particular form of identity fraud in Maryland, a prosecuting lawyer must prove that the information was obtained or possessed for the purpose of selling it or using it in exchange for a valuable good or service. A defendant who is accused of selling another persons' personal identification information faces felony charges with a maximum prison sentence of 15 years, and a $25,000 fine. A defendant who uses someone else's personal identification information to obtain goods or services faces the same maximum penalties as if they sold the information, unless the value of the goods or services obtained was less than $500. In this case a defendant faces a misdemeanor criminal charge with a maximum jail sentence of 18 months and $5,000 fine.

The Maryland identity fraud laws also criminalize the certain acts that deal with actual physical identification cards and government documents. It is a misdemeanor crime in Maryland sell or offer to sell an identification card that has a blank space for a persons' age or date of birth, or has a persons incorrect age or date of birth. This Maryland law basically criminalizes the selling or manufacturing fake IDs. Fake ID arrests are common in places such as college campuses where there is a lucrative market to sell the IDs to underage students. In Maryland, selling a fake ID falls under the identity fraud law and has a maximum penalty of 2 years in jail and a $2,000 fine. Prosecuting lawyers are permitted to charge a defendant with a separate crime for each identification care that he or she has sold.

Under the Maryland identity fraud laws it is also a crime to possess a fraudulent government identification document, or to lend a government document to somebody else for use. A government identification document may include passports, driver's licenses, social security cards, and birth certificates. The maximum penalty under Maryland law for possessing or lending a fraudulent government document is 6 months in jail and a $500 fine. If you or someone you know has been arrested or is being investigated for identity fraud in Maryland contact a Maryland criminal lawyer for a free consultation.