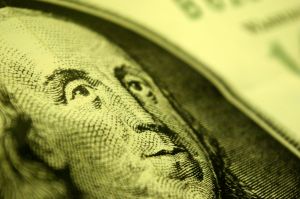 While federal prosecutors expend a great deal of resources to bust up gangs or to take down drug trafficking rings, money laundering could easily be labeled as their bread and butter crime.  We have heard from many United States Attorneys that prosecuting a criminal act, other than a violent crime, is secondary to their effort to punish those who hide the proceeds from a criminal act.  While money laundering is commonly thought to be the process of cleansing proceeds of crime, the Money Laundering Control Act encompasses numerous acts in that are far more complex than simply cleaning up loads of cash.  The act is codified under 18 U.S.C. 1956 and 1957, and was passed in 1986 largely in response to the explosion of multi million dollar drug smuggling rings that spread from Miami all the way across the country.  Simply put, the feds wanted a way to punish traffickers without actually catching them in the act of selling their drugs.  No matter how much cocaine or marijuana was seized, or how many low level smugglers were arrested, the traffickers and cartels could always just ship more drugs using more henchmen.  But using the money-laundering act, the feds were able to hit the top guys where it hurt the most, their wallets.  The act has evolved little since 1986, and now is used to prosecute all types of crime and anyone who is alleged to be involved.

The most severe statue in the money-laundering act is section 1956, which carries a maximum prison sentence of 20 years.  Additional punishments may include large fines and forfeiture of property.  This section requires that proceeds from crime be used to further additional criminal activity, which is also known as promotion.  Section 1956 also covers intentional concealment or evasion of the proceeds of criminal activity.  Common actions that fall under this law are engaging in financial transactions to further the criminal scheme.  A simple example of this would be a drug trafficker purchasing an airplane to deliver his or her goods.  Section 1956 also includes the process of transporting cash in and out of the United States for the purpose of concealing its source or ownership, or to evade paying taxes on the cash.  Common examples of this include depositing large sums of unreported income into an offshore bank account.  Basically 1956 covers intentional concealing or spending with mal intent.  It does not punish innocent spending or depositing of criminal proceeds, which are covered by section 1957.  This particular section of the 1986 act carries a 10-year maximum prison sentence as well as fines of up to $250,000 or more depending on the amount of money involved, and forfeiture of property.  Section 1957 may have less severe sanctions, but it is often seen as a harsher law because it covers otherwise innocent behavior.  At its basic form, all that is required is the act of spending proceeds from a crime.  Technically speaking, if a person were to sell $500 worth of marijuana and then use that money to buy a television, he or she could be charged with money laundering under 1957.  A person who was not involved in a criminal act, but takes or deposits money derived from a criminal act could also be punished under this law.

Like most federal crimes, money laundering can have devastating consequences, and it often happens to first time offenders who ended up getting in over their heads.  It is absolutely imperative to retain an experienced and aggressive criminal defense lawyer to take on the federal law enforcement and prosecutors.  Contact The Herbst Firm immediately if you have been charged or are under investigation.