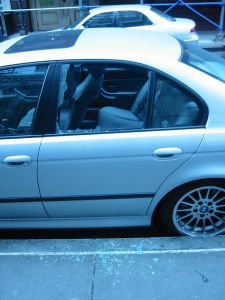 Auto theft or motor vehicle theft has some unique evidentiary rules that distinguish it from other kinds of theft. In order to protect potential victims, and streamline the trial process, owners of stolen vehicles are not required to testify in court at a motor vehicle theft trial. In order to prove lawful ownership, a vehicle owner need only to swear in court at a prior hearing that he or she owned or owns the vehicle. There are also certain defenses that are unique to motor vehicle theft and other defenses that are far more common and successful in Maryland auto theft cases and grand theft criminal cases.  An auto theft lawyer in Maryland can explain these defenses in more detail.

It is an absolute defense to the charge of motor vehicle theft that the defendant was the spouse of the lawful owner of the vehicle, unless the husband and wife were living in separate residences. It is also a defense to an auto theft charge that the defendant thought he or she had the right to use the motor vehicle. This defense often may be used when friends or family members of the vehicle owner are charged with motor vehicle theft. A defense lawyer may also present evidence that the vehicle involved in the theft is not an actual motor vehicle under the automobile theft laws. This defense can come into play if a car is not drivable or not intended for use on a road.