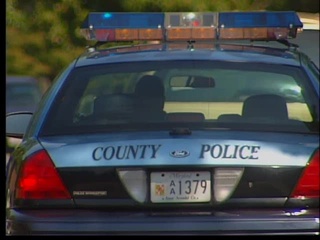 Under Maryland law almost every crime that has to do with prostitution falls under the same statute.  The most common of these crimes is called solicitation, which is a misdemeanor punishable by up to one year in jail, and a $500 fine.  Generally speaking this law prohibits anyone from knowingly making an offer, a request, or entering into an agreement to pay for sexual intercourse or for a sexual act.  The law also prohibits assignation, which is defined as making an appointment or meeting someone for the purpose of prostitution.  It is important to understand that simply making an offer will provide police with enough evidence to pursue charges.  A full agreement is not required.  If you or someone you know has been charged with solicitation chances are the charges came about as a result of an undercover police operation or sting, and this type of police activity is becoming more common in the last year.

Police departments around the state have been cracking down on all prostitution crimes, and unfortunately they are using large amounts of police resources to carry out their mission.  Law enforcement officers in many areas, such as Anne Arundel County, have been more focused on making arrests for soliciting recently.  Anne Arundel County Police have been setting up numerous prostitution stings in the last few months, which start with online advertisements.  The undercover cops typically post ads in websites such as backpage.com and set up controlled meetings with potential clients.  These meetings are commonly held in hotels where multiple officers are watching close by, and after an agreement is made cops will enter the room and make an arrest.  There are numerous other police departments in the state where officers conduct prostitution stings, and each has its own way of conducting them.  Some will actually deploy an undercover prostitute on the street, and others prefer to conduct the operations in a more controlled environment.

The Herbst Firm has represented numerous defendants in solicitation cases, and we understand what it takes to fight for a dismissal.  In every single prostitution case our two main goals are to keep our clients out of jail, and to keep a conviction off their record.  Most of our solicitation clients are first time offenders, or have very little criminal history, and keeping their criminal background clean is of the highest importance.  We also understand the importance of protecting our client’s privacy.  Therefore we always fight to have our client’s cases dismissed as quickly as possible so that we can file an application for expungement.  All open criminal cases are public record, but once an expungement motion is granted the clerk will be ordered to erase the case record.  In addition the police department that made the arrest will be ordered to destroy their records of the case.  An arrest for solicitation can seem like an overwhelming and disastrous situation, but with the right legal representation you can put this incident behind you and move on with your life.  Our goal is to make sure that once the case is over it doesn’t continue to negatively impact you.  We have the experience, skill, and dedication to achieve this goal, and for a free consultation about how we will handle your case contact us at 410-207-2598
Contact Us